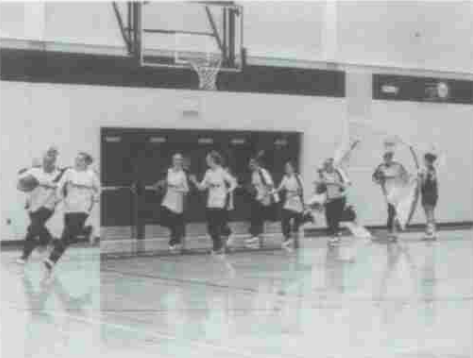 The 2001 varsity girls' basketball team was undefeated in the regular season. The team went 20-0 and won the sectional. The final record for the team was 23-1 after winning 23 straight and losing in their regional game against North Knox. They had over 1500 points over the whole season and averaged 65 points per game. 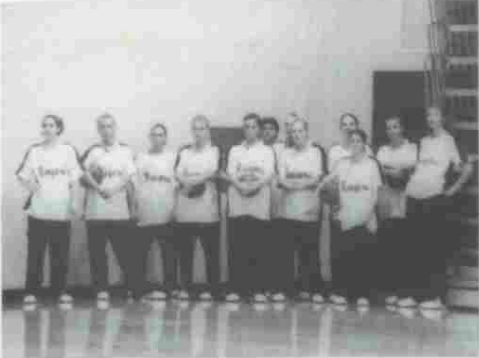 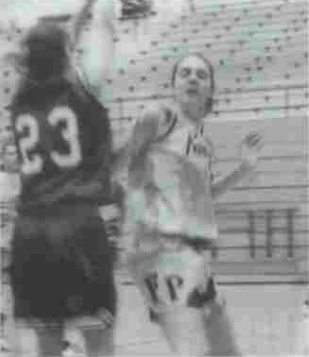 We asked Head Coach, Marty Niehaus, and JV and Assistant Coach, Tony Hasenour, some questions about the 2001 Girls team and season and here was their responses.

1. How was coaching this team different from other teams you’ve coached?

Coach Neihaus - “The 2001 team was unique in many ways.  But what stands out the most is that they had an unbeaten regular season.  The previous year's team had a stellar season finishing as state runner up.  All but 2 of the players from that team returned for the 2001 season.  There was a great deal of excitement and anticipation going into the season.  Everyone was hoping to get the chance to get back to state and the championship this time as we had come so close the year before.”

Coach Hasenour - “I was a first year assistant coach on this team so it was crazy to start my career with this team.  They were so good and so efficient.  They played together so well, had a high basketball IQ, and were very competitive.”

2. What was the team like at practices and during preseason?

Coach Neihaus - “The team was focused from the beginning and it was plain to see that they were on a mission.  They worked hard and always made the most of practice time virtually every day.  That being said, practices were almost always fun as these players genuinely loved playing and loved each other.”

Coach Hasenour - “COMPETITIVE!  They were always looking to "win" drills and scrimmages at practices.  Sometimes drills had to be "toned down" a bit to settle them down because they wanted to win so badly at everything they did!”

3. Was there any standout moment you remember from this season?

Coach Neihaus - “As we progressed into the second half of the season and had not lost a game it became a realization that we might actually go undefeated.  Up until that time it hadn't really been a concrete expectation but it was now becoming a goal.  By the end of the season it came down to the game with Jasper.  It was a home game for us with an incredible atmosphere.  It was a tight game the whole way.  We were able to build a tiny cushion late and held on for the win, virtually ensuring us an undefeated regular season.”

Coach Hasenour - “Winning the sectional that year was special for me as a young assistant.  It was always such a big deal to win a postseason title so to be part of that in my first year will be something I'll always remember!”